Why Was Donald Trump So Popular?

I, like many other Democrats, still can't believe that almost half of America voted for Donald J. Trump to be our next President of the United States of America.

This post by Urquhart on Library Thing back in February when other Republican candidates were still standing might help us better understand Donald Trump's popularity.

Donald Trump is the archetype of many different strands of demagoguery and populism in America both past and present. However what makes his appeal especially deep to the American psyche in particular is his promise of not just a better tomorrow but a “Great” tomorrow.

America has been built on salesmen/businessmen ever since the Mayflower. In America in particular the traveling salesman has been a man imbued with great power or expectations for making possible a Great tomorrow.

In the computer world, “consultants” are always promising to come in and “fix” all the problems.

In religion, evangelicalism offers everyone or, at the least, the “select” a great tomorrow.

The traveling salesman has always offered elixirs for relief, cures, or panaceas. Two movies exemplary of this are The Rainmaker and The Music Man. They are American to the core.

What many people don’t realize is that Trump is mining a vein in the American psyche that goes very deep. He is not just another fad or the usual demagogue that many might expect. He is an American demagogue that is inventing himself as he goes. He is writing his own playbook on the fly and it is obvious he is having a hell of a good time.

The other candidates certainly aren’t. Consequently so many of the other politicians are grabbing on to his coat tails and have no idea where it will take them any more than he does. He has hit the “mother lode” all prospectors and politicians dream of and he is clearly thriving on it all.

To dismiss him as a fly by night who has no real traction is to do so at one’s peril. He is able to reach the American people and strike a nerve that no number of position papers of Hilary or Bernie could ever reach. He is mining the American psyche in a way that has not been done since JFK.

It’s the salesman with the promise of a Great tomorrow that Americans just can’t resist. It is the person who legitimizes the self-righteous hurt of financial failure or forced lowered economic and political expectations.

It’s the best show in town, and we could all very possibly be part of that show after November elections.

Posted by Jerry Morris at 6:55 PM No comments:

The Sound of Broken Glass

I expected to hear the sound of a glass ceiling breaking last night.  And it would have been a momentous moment, much like when President Obama won in 2008.

I did hear the sound of broken glass last night.  But it was the sound of a glass house breaking.  And the sound was deafening....


Posted by Jerry Morris at 7:39 AM No comments: 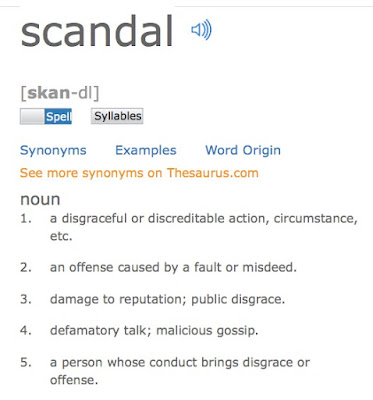 Posted by Jerry Morris at 6:53 PM No comments: