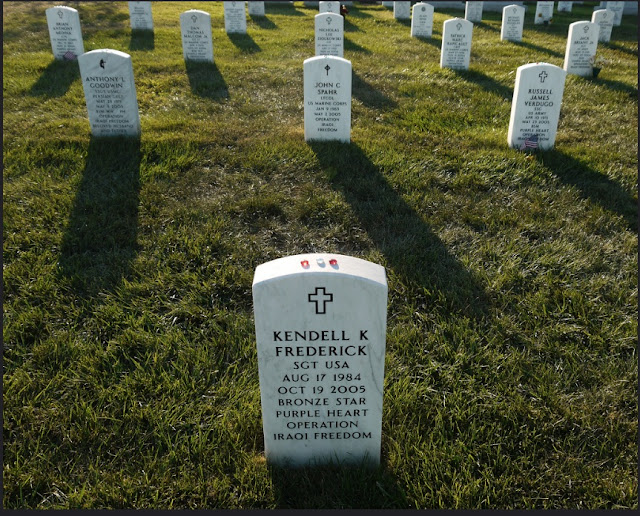 Click on the Hyperlinks Above the Images to Read the Articles


Putting a Face
to the Name on the Headstone 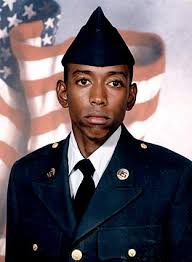 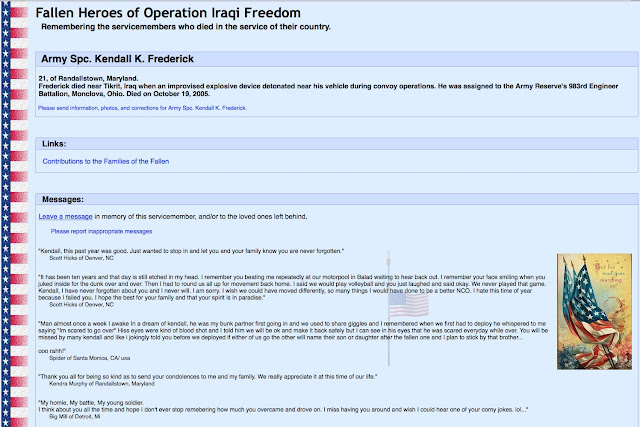 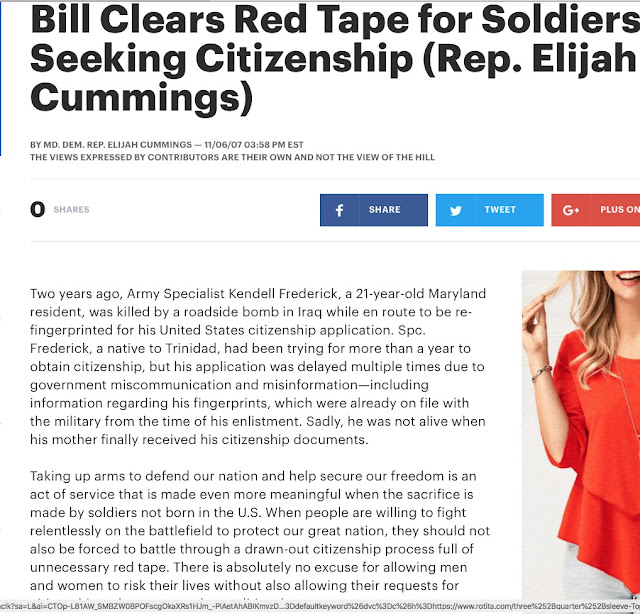 Posted by Jerry Morris at 10:40 AM No comments:

Dictionaries define "oversight" as "watchful care," and this approach has proven to be one of the most effective techniques that Congress has adopted to influence the executive branch.  Congressional oversight prevents waste and fraud; protects civil liberties and individual rights; ensures executive compliance with the law; gathers information for making laws and educating the public; and evaluates executive performance.  It applies to cabinet departments, executive agencies, regulatory commissions, and the presidency.

The Oxford English Dictionary (OED) gives two definitions for the word oversight, which are completely different from each other.

2.  The act of passing over without seeing; omission or failure to see or notice, inadvertence.

The first definition of oversight defines how Congress should oversee the actions of the executive branch.

The forced separation of immigrant families comes to mind.  What is Congress doing about it?

Then there are the tariffs Trump has placed on Canada and other countries for "security reasons," a flagrant stretch of the laws concerning Trade.  Has Congress abdicated its responsibilities to regulate Trade as well?

There is no definition of oversight to describe the actions of the House of Representatives to interfere in an ongoing investigation, namely to smear the Mueller Probe.   But there is a word that fits the situation.  And it is the very next word in the OED after the word oversight.  That word is oversile. 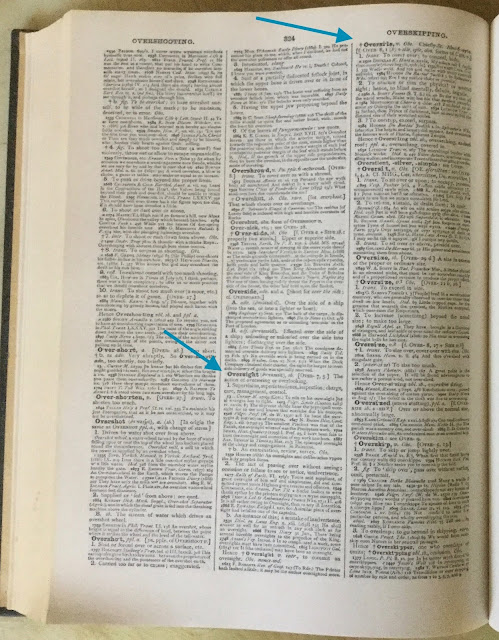 The OED provides three definitions for the word oversile, an obsolete Scottish word used before the 1700s, that rhymes with the word beguile:

2.  To obscure or dim the physical or mental sight; hence, to blind mentally, delude, beguile.

Here are the definitions of the word oversile as expressed in an older Scottish tongue. The third definition says it all: 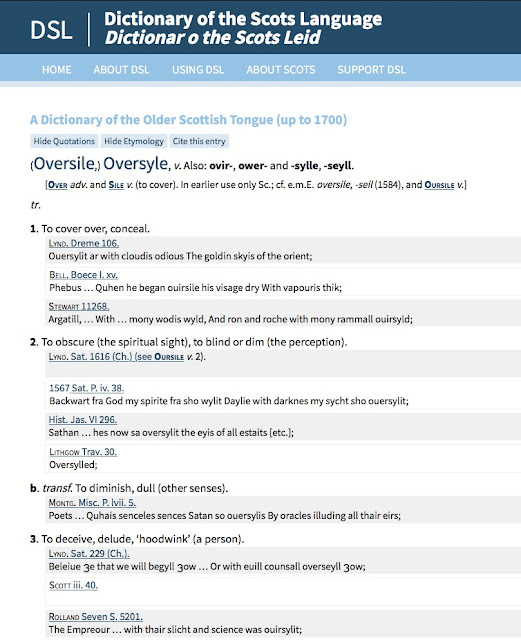 Posted by Jerry Morris at 12:07 PM No comments: