Charlottesville: Two Sides to a Story


On One Side:  Heather Heyer

On the Other Side: James Alex Fields 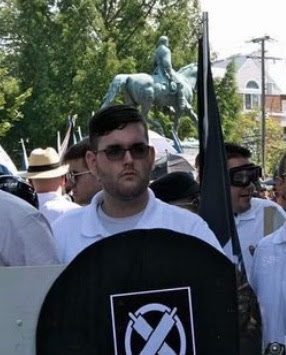 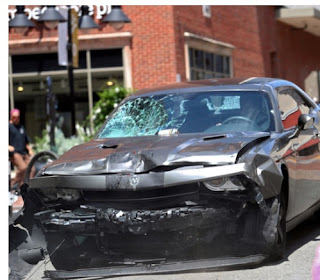 On One Side:  President Barrack Obama 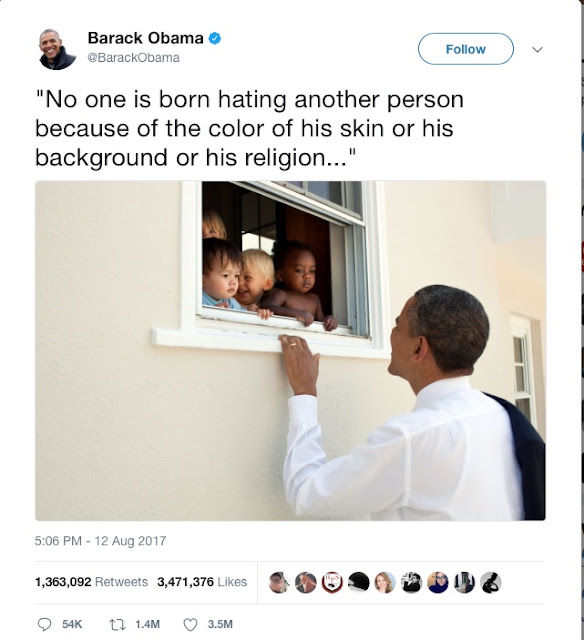 On the Other Side:  Donald J. Trump 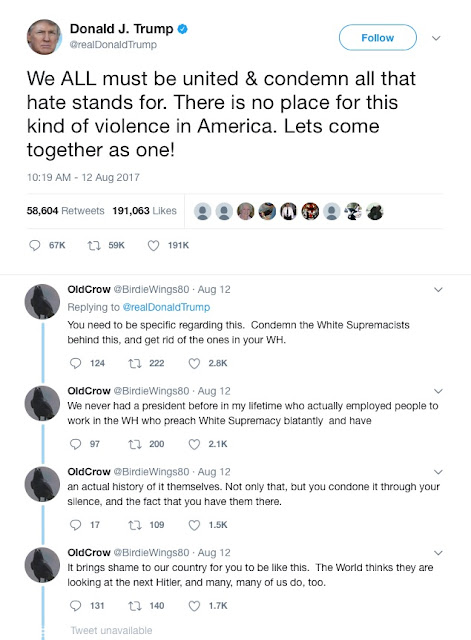 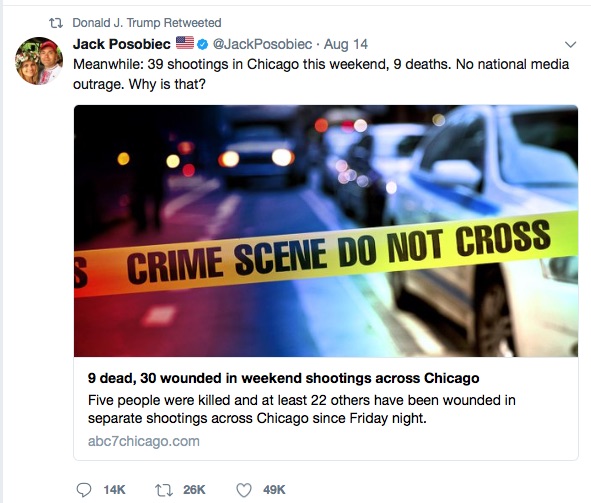 On One Side:  Donald J. Trump

QUESTION: Do you think that the -- what you call the alt-left is the same as neo-Nazis?


On the Other Side:  Annette Gordon-Reed, Harvard Professor of History,
Quoted in the June 28, 2017 issue of The Atlantic.


...Nevertheless, the concerns about erasure of history remain perhaps the most potent objection, espoused not only by irredentist rebels but even by those who declare strong disdain for the Confederacy. And Gordon-Reed offered two rejoinders.

The first was that removing a statue hardly constitutes erasing history. “We’re always going to know who Robert E. Lee is,” she said. “The question is where these monuments are. The public sphere should be comfortable for everybody.”

But what about the idea that once the Lees and Stonewall Jacksons and P.G.T. Beauregards are pulled down, the revisionists will inevitably start agitating for pulling down monuments to slave-owning Founding Fathers like George Washington and Thomas Jefferson.

But Gordon-Reed, who won the Pulitzer Prize for her book on the relationship between Thomas Jefferson and Sally Hemings, said it was not hard to draw a bright line separating Jefferson’s generation of Virginians from the ones who tried to secede.

“You’re not going to have American history without Jefferson,” Gordon-Reed said. Alluding not to the demise of the Lenin statues but to the infamous deletion of disgraced figures from Kremlin photographs, she added, “It’s not the Soviet Union.”