Mueller, My Fellow Americans, and Me:
Finding Truth and Justice the American Way 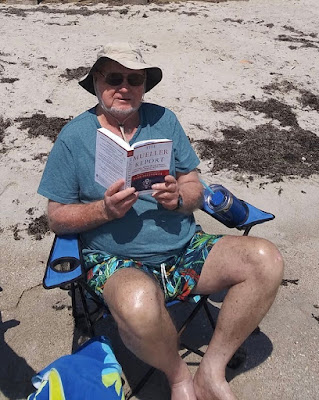 Yep.  That's me lounging at the beach reading a book––not just any book: I was reading The Mueller Report.  I wanted to find and learn the truth myself.

The Attorney General of the United States, William Barr, had read the Mueller Report and stated:


...the evidence developed during the Special Counsel's investigation is not sufficient to establish that the President committed an obstruction-of-justice offense.  Our determination was made without regard to, and is not based on, the constitutional considerations that surround the indictment and criminal prosecution of a sitting President.

Yet,  Newsweek recently reported that "more than 1,000 bipartisan former prosecutors have now signed their names on a petition maintaining that, if Trump weren't President of the United States, he would have been indicted on multiple charges for obstruction of justice."


May 29, 2019: Special Counsel Robert S. Mueller III
The Report Speaks For Itself 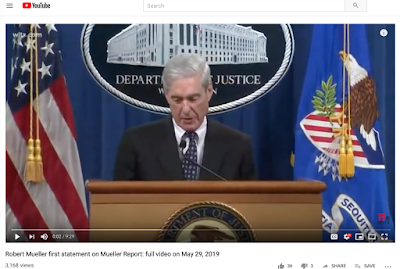 In his report and again in his statement on the 29th of May, 2019, Robert Mueller stated that, according to the opinion of the Office of Legal Counsel of the Justice Department, a sitting President cannot be indicted or prosecuted.   Mueller went further in his report and added:


...if we had confidence after a thorough investigation of the facts that the President clearly did not commit obstruction of justice we would so state.  Based on the facts and the applicable legal standards, however, we are unable to reach that judgment.  The evidence we obtained about the President's actions and intent presents difficult issues that prevent us from conclusively determining that no criminal conduct occurred.  Accordingly, while this report does not conclude that the President committed a crime, it also does not exonerate him.

After reiterating in his May 29 statement why he couldn't indict or prosecute a sitting President, Mueller suggested an alternative action, "The Constitution requires a process other than the criminal justice system to formally accuse a sitting President of wrongdoing."  Here, he is indirectly referring to the constitutional process of impeaching a President.  In essence, The Mueller Report itself is a roadmap for impeachment––if Congress decides to go that route.

Believe it or not, there are some Republicans who still believe that the rule of law is the American way of finding truth and justice.  One such group, aptly named Republicans For The Rule of Law wants their fellow Americans to read The Mueller Report, either in its entirety, or, as a minimum, to read the executive summaries of the report.


Read the Executive Summaries of the Mueller Report 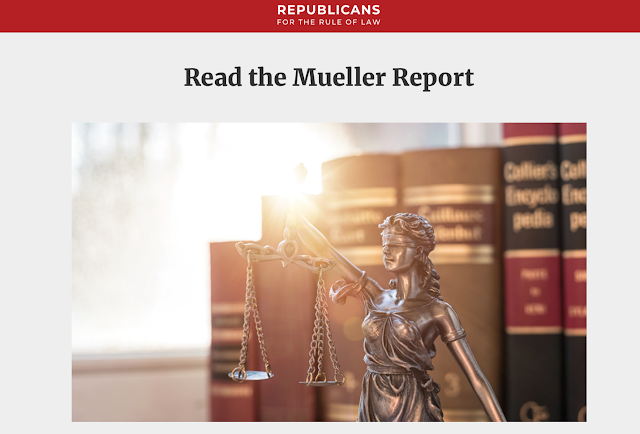 Beginning today, the House Judiciary Committee is holding hearings on the findings of the Mueller Investigation.  The purpose of the hearings is to inform the Americans who have not read the report.  The Mueller Report speaks for itself.  All you have to do is listen.