You can sway a thousand men by appealing to their prejudices quicker than you can convince one man by logic.
Robert Heinlein

I am not pointing the finger here.  Condoleezza Rice and Colin Powell have my highest respect.  The 13 Benghazis were not their fault.  And as Colin Powell himself said, Benghazi was not Secretary of State Hillary Clinton's fault either. 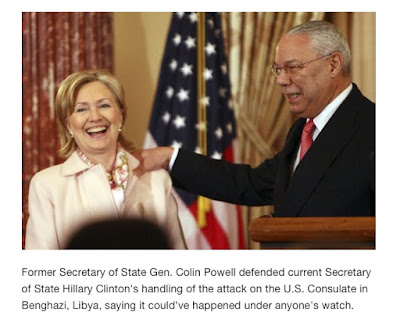