America And Its Moral Compass

My wife and I were watching the season finale of the TNT blockbuster series The Last Ship last night.  And in the last few minutes of the episode, the lead character in the show, Captain Tom Chandler, lamented, "America has lost its moral compass."

And my wife Linda said, "Ain't that the truth!"

She is correct.  To me, moral compass is that personal attribute that tells us what is right and what is wrong, and which guides our conduct in the right direction.

America is less than two months away from electing the next President of the United States of America.  And America has truly lost its moral compass.

Almost half of America is seriously considering electing a candidate who can only be described as being morally bankrupt. He is a bully who belittles war heroes, women, other politicians, and the handicapped.  Who said that blacks have nothing to lose if they vote for him.  Who wants to build a wall to keep Mexicans out.  Who will deport all illegal immigrants.  Who will forbid Muslims from entering the United States.  I wonder if he will dismantle the Statue of Liberty if he is elected President of the United States of America? Will it still be "The United States of America?" 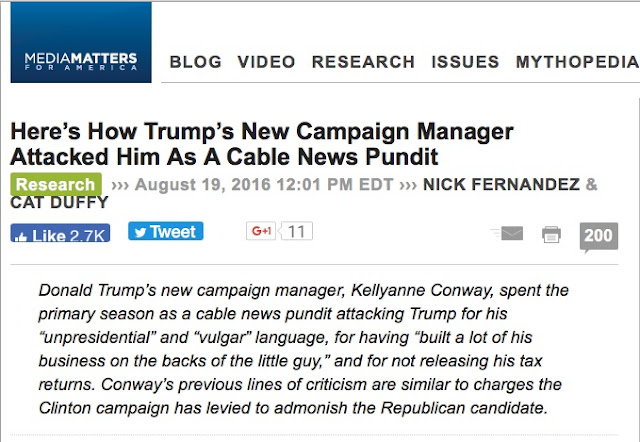 America needs to take a look at what the other candidate, Hillary Clinton, has done right!  It already knows what she has reportedly done wrong.  With a 67 percent untrustworthy rating, she must have done plenty wrong!  Yes.  Crooked Hillary Clinton is no saint.  But countless investigations have not proven that she is a sinner either.

Only then can America regain its moral compass, look deep into its soul, and then vote for who will be right for America.