Zika And Our Stagnant Congress 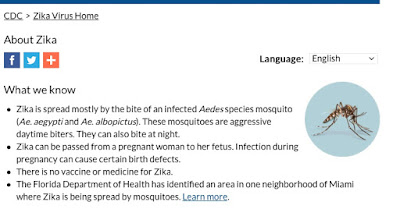 It has been 204 days and counting since President Obama's request for emergency Zika funding.  And what has our stagnant Congress been doing about it?  Absolutely nothing but partisan in-fighting. 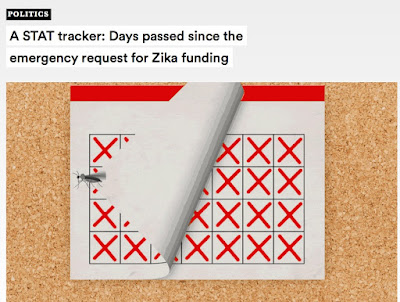 As of Sep 7th, the CDC reported 43 locally-acquired cases of the Zika virus (in Florida) and over 2900 travel-associated cases. 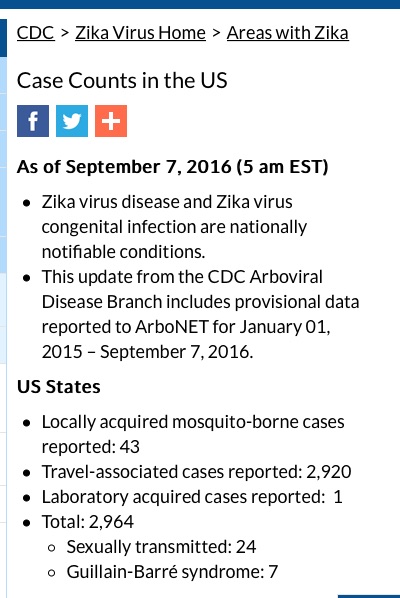 In an NBC story yesterday, Florida officials say they have diagnosed 70 people with the Zika Virus. And in a report earlier this month, the World Health Organization reported that the Zika Virus has spread to 70 countries.

And just what is our stagnant Congress doing about it?  Blaming each other for not passing the Zika Funding bill.  Republicans have attached "riders" to the Zika Funding bill, which itself is attached to a military spending bill.  Republicans want to stop admitting Syrian refugees.  They want to block funding again for Planned Parenthood.  And they want Confederate flags to fly at Veterans' cemeteries!


The World Health Organization, the Center for Disease Control,  and everyone and their mother are crying out for help.

They are in desperate  need for
a bridge over troubled water...

And babies are being born with catastrophic birth defects...

And what is our Congress still doing 204 days later?  Stagnating...

Those who represent the dignity of their country in the eyes of other nations  will be particularly sensible to every prospect of public danger, or of dishonorable stagnation in public affairs.
James Madison
The Federalist No. 58


We need a Do-Something Congress!